I first came across Dr. Alexander and his near-death experience in an online article (which I can no longer locate), and was instantly intrigued.  Years ago, I read Dr. Raymond A. Moody’s Life After Life, which was fascinating. In addition, one of the saintliest and most spiritual people I’ve ever known had himself gone through a near-death experience, though I never heard him speak about it.   As a Christian, I firmly believe in an afterlife; I’m fascinated by the recollections of people who have had near-death experiences.
What makes Dr. Alexander’s story unusual is that it appears to refute or at least lie outside the current scientific hypotheses that try to explain near-death experiences.  Generally, those hypotheses begin with the belief that consciousness resides in the neocortex, the outer portion of the brain that does much of our thinking and processing.  They suggest that oxygen deprivation and/or other causes (associated with, for instance, cardiac arrest) result in hallucinations or dream-like experiences that share certain characteristics (the tunnel, the light, meeting deceased loved ones.)  These hypotheses require that at least part of the neocortex be at least partly functional during the near-death experience.  But Dr. Alexander was in a coma for seven days, his neocortex effectively shut down as a result of an aggressive bacterial meningitis.  Yet during that time, he had prolonged, intricate, and (to use his own word) ultra-real experiences in someplace many of us would describe as an afterlife or Heaven.  Others might call it an alternate plane of existence.  Regardless of the name, it’s not part of the universe as science knows it today.
Dr. Alexander’s book alternates chapters between what was going on here, both medically and in terms of his family and friends, and what he experienced during the time his neocortex was shut down and he was… elsewhere.  Both make for interesting reading.  There’s no question that he is completely convinced of the reality of his experiences.  Whether you accept them as real probably depends on how you approach his story – from a conviction that there is no life beyond this one, from a belief in an afterlife and the survival of the spirit/consciousness after death, or with a mind at least open to the possibility that the universe we know isn’t all there is.
For the scientists and skeptics (not necessarily the same thing), Alexander includes an appendix at the back in which he puts forth all the possible medical explanations he was able to come up with for what happened to him, along with why they don’t hold up in this particular case.   I recommend you read it with an open mind.
For my part, I wish Dr. Alexander had included in the book more of his experiences “elsewhere.”  He does relate his initial experiences there in some detail, describing three different “places” where he spent time.  He writes of being given three messages: You are loved and cherished forever; there is nothing to fear; there is nothing you can do wrong. He tells of encountering God, though he doesn’t always use that term.*  He also discusses at several points the difficulty of describing or translating his experiences, given the limits of human language and perception.  By his own admission, he will be processing and trying to understand what he learned there – what he understood, there – for the rest of his life.
The book is neither long one nor difficult to read.  Alexander’s writing style is straightforward, and his logic and presentation are clearly influenced by his years of scientific training.  And perhaps that is what makes his story so intriguing.  This is a man who has spent his life studying and operating on the brain, a man who, though nominally Christian before his illness, acknowledges that he did not really believe in God: a man whose scientific and medical background had shaped his thinking about consciousness, reality, and faith.  Yet he is convinced that the memories that he had on emerging from his coma, the experiences he had while his brain was offline, are real, and they are certainly real enough to have changed the direction of his life.  Dr. Alexander feels compelled – as have others who have had near-death experiences – to share what he now knows with others.
Is Dr. Alexander’s experience, as the title (chosen by his publisher) asserts, “proof of heaven”?  No.  When all is said and done, it is only his experience, and therefore unverifiable; it doesn’t constitute scientific proof of anything.  But does that mean it didn’t happen? Also no.  Clearly, something happened to Dr. Alexander.  My worldview predisposes me to interpret that “something” one way; your worldview may predispose you to interpret it another, or to dismiss it entirely.  But whatever you or I think of it, something happened to Dr. Alexander, something that profoundly changed him.  Real? Or not real?
As Dumbledore tells Harry during his own near-death experience, “Of course it is happening inside your head, Harry, but why on earth should that mean that it is not real?”
*   *   *
You may also be interested in the New York Times review of Proof of Heaven.
* Don’t expect an overtly Christian book.  In fact, the “beyond” as described by Alexander is not overtly that any particular faith, though he does describe God as one rather than as  a Hindu- or ancient-Greek-style multiplicity. 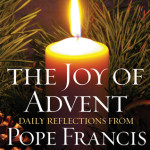 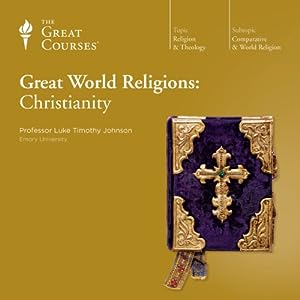 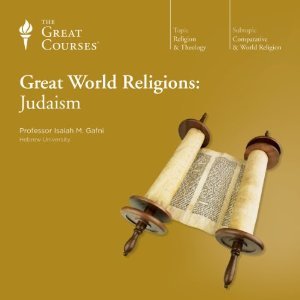 2 Responses to “Proof of Heaven, by Dr. Eben Alexander (review)”