This stunning debut captures the grotesque madness of a mystical under-land, as well as a girl’s pangs of first love and independence. Alyssa Gardner hears the whispers of bugs and flowers—precisely the affliction that landed her mother in a mental hospital years before. This family curse stretches back to her ancestor Alice Liddell, the real-life inspiration for Lewis Carroll’s Alice’s Adventures in Wonderland. Alyssa might be crazy, but she manages to keep it together. For now.
When her mother’s mental health takes a turn for the worse, Alyssa learns that what she thought was fiction is based in terrifying reality. The real Wonderland is a place far darker and more twisted than Lewis Carroll ever let on. There, Alyssa must pass a series of tests, including draining an ocean of Alice’s tears, waking the slumbering tea party, and subduing a vicious bandersnatch, to fix Alice’s mistakes and save her family. She must also decide whom to trust: Jeb, her gorgeous best friend and secret crush, or the sexy but suspicious Morpheus, her guide through Wonderland, who may have dark motives of his own.   (publisher’s blurb, via Goodreads)

Splintered offers an interesting, unexpected, and original take on the Alice in Wonderland story.  It’s gloriously, creepily imaginative, rich in visual imagery.  The tangled plot is full of sudden and surprising twists, due in large part to the machinations and deceptions of one of the main characters.  Howard writes well, creating believably complex and conflicted characters and a weirdly amazing world far wilder than Carroll’s Wonderland.
Alyssa is the narrator and main character; her voice, experiences, desires and fears color the entire novel.  Al fits the traditional “outsider teen” MC trope, but in somewhat atypical ways: her absent mother is in a mental hospital, not dead or divorced, and Al herself may have inherited her mother’s madness, since she, too, hears insects and flowers speaking to her (though she hides this fact from everyone, including her father.)  She’s both an athlete – a skateboarder – and an artist, collecting insects for use in her intricate mosaic pictures. She wears heavy eye makeup and colored hairpieces in her hair, a subconscious attempt to visually distinguish herself from both her mother and her famous ancestor, the real-life Alice who inspired Lewis Carroll’s classic stories.  She’s also tenacious, determined, occasionally reckless, and loyal – though her loyalties come into conflict more than once in the course of the book.
The Alice connection I mentioned above is crucial; the entire plot hangs on it.  If you’re not familiar with Alice in Wonderland and Through the Looking Glass, as well as Carroll’s poem, “Jabberwocky,” it might be wise to read them before reading Splintered… even though Carroll’s works provide a very imperfect guide to what you’ll find in the latter’s pages.  You could attempt to read Splintered without that background, but I suspect you’ll find yourself bewildered and at sea on more than one occasion if you do.
I mentioned in my review of Spellbinding that I am a little tired of the ubiquitous love triangle, and Splintered offers two of them.  In this book, however, the main triangle is integral to the plot as well as to character development for all three characters; the secondary triangle is also important. The main triangle places Alyssa between two guys: Jeb, her next-door neighbor and secret love, and seductive Morpheus, from Wonderland.  Al has a shared childhood history with each of them, something that heightens both her attraction and her conflict.  Refreshingly, Howard complicates the traditional good-boy/bad-boy dichotomy, giving both guys characteristics of each.
Jeb, Al’s neighbor and long-time friend, is neither perfect nor a golden boy.  Son of a drunken abuser (now thankfully dead), he has a pierced lip, had trouble in school, and is an aspiring artist. He’s also dating someone else (the secondary triangle), and lied to Al about his plans to study in London – with the other girl.  Nonetheless, he acts highly protective toward Alyssa, and is obviously attracted to her.
Although visually similar to Brandon Lee’s character in The Crow, Morpheus reminds me more of a combination of Johnny Depp characters:  seductively appealing while simultaneously dark, dangerous, unpredictable, even slightly mad.  Morpheus is complex, untrustworthy, deceitful, manipulative, and definitely following his own hidden agenda, yet capable of being helpful and even comforting on occasion.  Their shared childhood experiences tug at Alyssa, urging her to trust him and turn to him in the confusing world of Wonderland.
And Howard’s Wonderland is indeed a bewildering place: much creepier, more dangerous, and even more wildly illogical than Carroll’s portrayal.  Nothing there is normal; almost all the creatures are weird amalgams of several animals, or of animals and humans together.  There are echoes of familiar Carroll characters, but twisted so as to be barely recognizable.  It’s a world of nightmare rather than dreams, and it is decidedly not safe – more like the Wonderland of 2010’s Alice than that of Disney.
This is the first book of a series, so although the book ends with both the love triangles and the overall crisis apparently resolved, I don’t quite trust either of those resolutions to be permanent.  As creative as Howard is, it will be interesting to see where she takes these characters and the world of Wonderland next.
Confession time: I’m having a hard time rating Splintered.  Objectively, I would give the book four stars, for reasons I hope I’ve conveyed above.  However, on a personal level I’m more ambivalent.  I really liked Al and Jeb.  On the other hand, Wonderland’s creepiness, unpredictability, and nightmarish qualities – the very things some readers will embrace – I found uncomfortable and disturbing.  The illogic implicit in Carroll’s Wonderland always bothered me, and here it is magnified a hundred times.  I prefer to read about worlds I would like to visit (always assuming I could avoid the inherent dangers there.)  Even without the dangers, I wouldn’t want to visit Howard’s Wonderland.  I will probably read the next book, simply because I’ve become attached to some of the characters and want to know what happens to them.  At the same time, I’m sort of dreading my next foray into Wonderland.

Read for the Take Control of Your TBR Pile Challenge sponsored by Kimba the Caffeinated Book Reviewer. 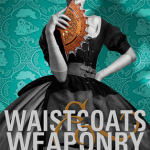 2 Responses to “Splintered, by A. G. Howard”