THE FALSE PRINCE is the thrilling first book in a brand-new trilogy filled with danger and deceit and hidden identities that will have readers rushing breathlessly to the end.

In a discontent kingdom, civil war is brewing. To unify the divided people, Conner, a nobleman of the court, devises a cunning plan to find an impersonator of the king’s long-lost son and install him as a puppet prince. Four orphans are recruited to compete for the role, including a defiant boy named Sage. Sage knows that Conner’s motives are more than questionable, yet his life balances on a sword’s point — he must be chosen to play the prince or he will certainly be killed. But Sage’s rivals have their own agendas as well.

As Sage moves from a rundown orphanage to Conner’s sumptuous palace, layer upon layer of treachery and deceit unfold, until finally, a truth is revealed that, in the end, may very well prove more dangerous than all of the lies taken together.

An extraordinary adventure filled with danger and action, lies and deadly truths that will have readers clinging to the edge of their seats.

I really enjoyed The False Prince.  The fact that it’s a YA book (and on the younger end of the spectrum at that) meant that it was a quick read, but thoroughly suspenseful and engrossing nonetheless.  Sage is an engaging character despite — or perhaps because of — his rough edges.  He makes for a secretive and somewhat untrustworthy narrator as well, though there are enough hints buried in his story that I had my suspicions regarding where the book was headed well before I reached the end.  Still, given Sage’s personality and the overall situation — the impersonation the boys are being trained to carry out — I was never sure whether those hints were actually attempts to deliberately mislead me as the reader.
There are secrets, false identities, and betrayals of trust throughout The False Prince; they are by no means limited to the boys themselves and the role they are being trained to play.  Nielsen skillfully walks a tightrope, engendering both trust and mistrust in the reader, as you can tell from my comment above.  In doing so, she places the reader in somewhat the same situation as Sage and the other boys — forced to trust to some extent, yet always questioning surface appearances.  This, along with the events of the novel, serves to keep the reader in suspense.
The ending, when it comes, is perfectly consistent with everything that came before it — yet again, based on Sage and my uncertainty as to the reliability of his narration, any of several other possibilities might have been equally consistent.  Reader beware: The False Prince doesn’t have a typical “happy ever after” conclusion, but the ending is thoroughly satisfying while still leaving room for the planned sequels.
The False Prince isn’t quite as intricate, deceptive, or politically complex as Megan Whalen Turner’s The Queen’s Thief series, but it will definitely appeal to readers of the latter.  Jen. Nielsen has written a winner in The False Prince.  I can’t wait to see where the next book leads!

NOTE: According to Jen’s blog, the second book, entitled The Runaway King, will be released sometime in Spring 2013.  And if you need more Carthya before then, you can follow Jennifer A. Nielsen’s blog or check out Scholastic’s The False Prince website.    Meanwhile, Nielsen is on board to write the 6th book in the Infinity Ring series — read Rick Riordan’s NYT review of the first book here. 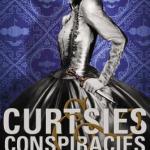 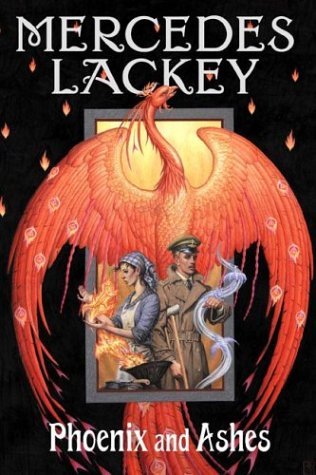 Phoenix and Ashes by Mercedes L 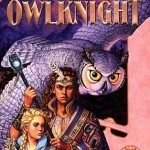 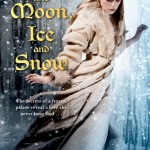