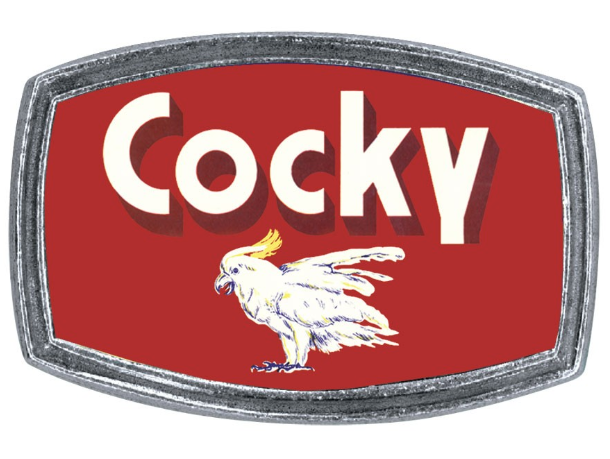 If you follow romance blogs or romance authors’ social media accounts and you’ve been online over the weekend, you’ve probably come across the controversy swirling around #cockygate. Here’s the TL:DR version:

Faleena Hopkins, an indie romance writer, registered two trademarks with the Patents and Trademarks Office. One was the word “Cocky” to describe a series of romances in either print or ebook; the other was the same word in a specific font (think of it as a logo.) Shortly before or after receiving the registered mark, she changed the name of her series, originally called the Cocker Brothers series, to “The Cocky Series.” After successfully registering the trademark, she started sending out C&D (“cease and desist”) letters to other indie romance authors whose books on Amazon contained the word “cocky” in the title or series descriptor, asking that they change the titles of their books so as not to include “cocky.” At least one of those authors went public, and the online romance community exploded in (mostly) outrage.

I’m not planning to trash Ms. Hopkins here. I think what she’s doing is ethically questionable at best, and probably downright wrong—but I don’t know her personally and I don’t know why she’s doing it. It may be that she simply got some very iffy (or really bad) legal advice. On the other hand, perhaps she’s  embodying the very adjective she trademarked. Without talking with her directly, it’s impossible to know.

BUT… there are obviously some serious legal questions here, starting with, Can you really register a patent on a single word? and going on to What should you do if you get one of these C&D letters? (Short answers: It depends and Get a lawyer who specializes in intellectual property law to protect your interests.)

There’s also the fact that the broadness of this registration sets a very bad precedent, one I doubt that publishers and authors groups are going to be thrilled about.  It would have been fine for to Ms. Hopkins to trademark the full name of her series… but a single word? One that is quite commonly used to describe alpha-male heroes in the romance genre? How is that any different from trademarking “Duke” or, for that matter, “alpha male”? You see the problem… it’s too broad, and potentially affects too many authors and their works.

So here are some of the most informative and useful posts and Twitter threads I’ve come across for understanding the legal background and ramifications of the situation.

Now the RWA is getting involved. They have contacted an IP attorney and are soliciting information from both members and nonmembers (presumably, from authors who have received C&D letters.)

Why should you care about this, if you’re not a romance author or reader? Well, because of the wider ramifications I alluded to earlier. If Ms. Hopkins’ registration withstands challenges, that has implications for all genres and for publishers of all sizes. Mystery author Donna Andrews explains in a post at Femmes Fatales,

Why am I spending time and energy worrying about this? Because if this trademark registration stands, the precedent it sets would be very bad for any writer in any genre—and particularly for self- or small-press-published writers who may not have the financial resources to fight bogus challenges to their titles. Trying to imagine how I’d feel if someone told me that earlier this year she’d trademarked the “Murder with” mystery series and expected me to change the titles of Murder with Peacocks, and Murder with Puffins. Yeah, right.   ~ Donna Andrews

The other major issue is how Amazon and other retailers will react. Amazon is known for acting first and putting the burden of proof on those whose books (or reviews) have been removed. That’s a risk some indie authors aren’t willing to take. According to posts and tweets I’ve seen, several of the targeted authors have already changed their titles and book covers since receiving the C&D letter—even on books published before Ms. Hopkins registered the “Cocky” trademarks. And that’s obviously unfair to them; it will probably cost them sales, and it will certainly cost them time, effort, and money to change their covers and all their publicity materials, online and off, as well as having to trash any print books they have.

It will be interesting to where this goes. But be patient. The story may have blown up quickly, but resolution will be in the hands of the courts. And that takes time—months, perhaps years.

Meanwhile, if you’re an author directly impacted by this brouhaha? The consensus from authors and lawyers alike seems to be, get a lawyer.