Both shows cast Black actors* in lead roles: 19-year-old Halle Bailey (of R&B duo Chloe x Halle) as Ariel, and a number of actors in the Bridgertons series, including Regé-Jean Page as Simon Bassett (The Duke and I), Golda Rosheuvel as Queen Charlotte, Ruby Barker as “Marina Thompson”, a cousin of the Featheringtons, and Adjoa Andoh as the formidable Lady Danbury. And I am delighted! 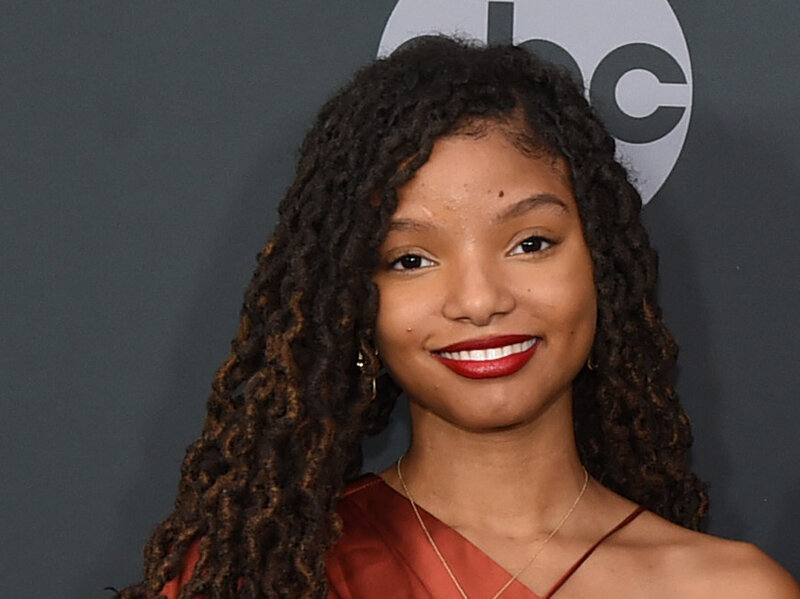 Halle Bailey has been cast as Ariel in Disney’s live-action remake of The Little Mermaid.

Predictably, the internet exploded. In large part with joy and enthusiasm, but also—inevitably—in backlash. Julia Quinn’s Instagram feed was inundated with complaints. “But historical accuracy!” was one of the most frequently voiced criticisms, closely followed by “But Simon has blue eyes!” The hashtags #NotMyAriel and #notmymermaid trended heavily on Twitter, with similar plaints about how Halle Bailey doesn’t look like the animated Ariel. (To my eyes, Bailey’s facial structure is very like cartoon-Ariel’s, and has the same lively sweetness.)

Look, I get it. I don’t agree with it, but I get it. People—white people for the most part, but not entirely—people are used to imagining Ariel the way she looks in the animated film (and all the Disney merchandise.) They are used to picturing all Regency-era heroes and heroines in a certain way. And that way, in both cases…

But it doesn’t have to be.

When I first encountered Harry Potter fanart on Tumblr a number of years ago, I was initially surprised by how many artists drew Hermione as Black or biracial. It took me a little while to get used to the idea, despite the fact that literally nothing in J. K. Rowling’s descriptions of Hermione specifically defines her as white. Before I saw those fanart images, my image of Hermione was influenced by two things: my unconscious assumption when reading that “white” was the default unless a character was specifically described as a person of color, and Emma Watson’s portrayal in the eight Harry Potter movies. Once I realized that, I was able to let go of it, and to enthusiastically embrace the possibility of a Black or biracial Hermione (this was before a Black woman played the role in The Cursed Child, with Rowling’s enthusiastic endorsement.)

So let’s look at some of the assumptions and arguments at play in the current cases, starting with The Little Mermaid.

If you think about it, it’s kind of ridiculous to get upset about the color of a mythical mermaid’s skin. Mermaids don’t exist. Therefore, they can be any color your imagination can come up with: white, black, or even green! And if what you’re worried about is whether the character will have cartoon-Ariel’s signature fire-engine-red hair… well, face it, any actress was going to have to dye her hair or wear a wig to achieve that un-lifelike shade. So it’s entirely possible that Ms. Bailey’s Ariel will have red hair.

As for adherence to the original story: which one? Disney strayed very far indeed from Hans Christian Andersen’s fairytale in making their animated Little Mermaid. And we know the remake won’t be scene-for-scene identical to the animated film; for one thing, there will be additional songs by Alan Menken and Lin-Manuel Miranda. (Yay!) If you’re OK with those sorts of changes, then you should be open to changes in Ariel’s appearance. After all, it’s who the character is that matters, not whether she looks exactly like her animated version. (And if you reject any changes at all, you’re probably better off just enjoying the animated version on DVD or BluRay.) 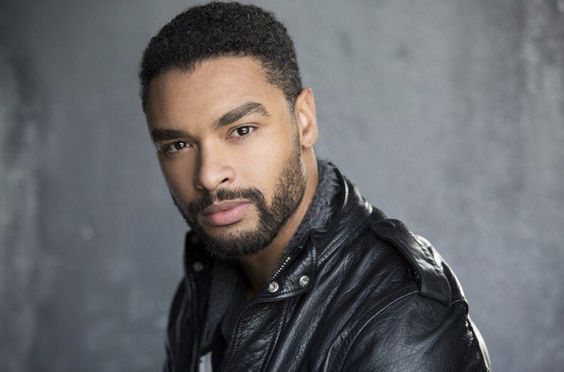 On to the Bridgertons series, and the “historical accuracy” argument.

It’s true that real-life Regency-era British gentry and aristocrats were overwhelmingly white. [ETA:But not exclusively so. For instance, Dido Elizabeth Belle (1761 – July 1804) was the daughter of a British naval officer and an enslaved woman; she was raised and educated in Britain as a free gentlewoman by her father’s uncle, William Murray, 1st Earl Mansfield, and his wife Elizabeth. And Jane Austen’s unfinished novel, Sanditon, includes a biracial heiress from the West Indies.]

Of course, neither the Bridgerton books nor the Netflix series are documentaries. They are fiction, which means they can and do take liberties with the historical truth. Historical romance is almost never completely accurate, for good reasons. Most of today’s historical romance writers take significant liberties with dialogue, which rarely sounds like it would have in Austen’s day, or even Dickens’ time; with clothing, especially women’s clothing (fictional gowns are much easier to get out of than the real ones were!); and above all with thought and behavior, creating heroines and even heroes who are far more like their modern readers than their historical counterparts. Writers use their artistic license to make the story more appealing, the characters more relatable to a modern audience.

TV and movie adaptations do the same thing, adapting the material to the tastes and expectations of their audience. Check out the various adaptations of Little Women or Pride and Prejudice over the years, if you want examples of how dialog and character from the same source material can be interpreted differently depending on when the film was made. As for costume and hairstyle, compare any of those shows, or a show like The Tudors, against contemporary pictures of what people actually wore in that time period. Adaptations walk a fine line between looking “accurate” to the period, and looking appealing to viewers. Costumers often follow the general lines of period clothing but adjust details such as color and trimmings, since many period fashions look overly fussy, inelegant, or drab to our eyes. (Romance novel covers are almost laughably inaccurate when it comes to costume, especially in the last five or ten years. But that’s a topic for another post.)

And all that artistic license is compounded by the fact that fictional Regency London is apparently awash in gorgeous, eligible, aristocratic men, most of them in their 30s. That isn’t history, it’s fantasy. Delightfully fun to read about, but unrealistic… and I say that as a devoted fan of historical romance.

So the “historical accuracy” argument doesn’t really hold up, because the books are fictional and were never intended to be completely accurate to begin with. And anyway, it’s been obvious from the beginning that the Shonda Grimes/Netflix Bridgertons is going to be a loose adaptation of the material, not a 100% faithful rendition of the novels. That being the case, why not cast good actors without regard to race? The Broadway show Hamilton has been wildly successful with its deliberate racebending, so clearly audiences are open to the idea.

Look, if what you love is the characters, then it should not upset you when the character’s outer appearance doesn’t match the picture in your head, or even what has been portrayed before. As Julia Quinn wrote in her defense of the Bridgerton series casting:

I didn’t remember that his eyes were blue.

Regé-Jean Page is a brilliant actor, and if I’m allowed to objectify him for one brief moment, he is BEAUTIFUL, and I could stare at him all day. He is every piece of Simon that matters.

If, after thinking it over, you still insist that Ariel, the Duke of Hastings, and other characters can only be portrayed by white actors, then I’m sorry for you. You’re letting your conditioning, your assumptions—your bias, whether conscious or unconscious—close you off to wonderful possibilities, for these productions and many more to come.

Some of the backlash has been openly and appallingly racist, and I deplore it and reject it absolutely.  I’m aiming this piece not at those folks (who wouldn’t listen anyway), but at the people whose reaction is more like my years-ago surprise on first encountering POC Hermione fan art (which, for the record, I love!) I’ve written it in hopes that they will recognize their reaction for the conditioned and unconscious bias that it is, and then be willing to step out of and beyond it.

As for me, I embrace and celebrate these casting choices, along with the growing diversity in film and fiction generally. In my late 50s, I continue to work to eradicate my own unconscious biases as I uncover them. I’m retraining my subconscious not to assume “white” as the default or norm for characters I encounter in books, just as I am (still) retraining it not to assume “male” as the default when I hear or think the word “doctor” or “pilot” or “scientist” or any of the other occupations that were depicted as exclusively male when I was growing up. Changing your unconscious assumptions isn’t easy or quick, but it’s necessary. It’s possible.

*It’s 2019. Can we also stop using the word “actress”? People who act are actors. They can be any gender: male, female, or nonbinary. We don’t need the outdated “-ess” ending for actors any more than we needed it for wait staff or flight attendants. We long ago rejected the feminine ending for paintress, poetess, sculptress, aviatrix, and other occupations once assumed to be male and now seen as gender-neutral. It’s time to do so for actors, too.

Why I prefer “good” endings
First DRM e-books on my Sony Reader
Sony closes its Reader Store
To e-book, or not to e-book?
Down the Rabbit Hole

7 Responses to “POC actors in “white” roles? Whyever not?”