If you have been following the news at all recently, you’re probably aware of the growing problems at Twitter following Elon Musk’s purchase of the site a few weeks ago. Since taking command of the company, Musk has

These moves leave Twitter with a significant employee shortage. Entire departments have been gutted, including those dedicated to identifying and dealing with misinformation and hate. And “the departures include many engineers responsible for fixing bugs and preventing service outages, raising questions about the stability of the platform amid the loss of employees.” (Reuters)

But employment issues aren’t the only troubles the company now faces:

At this point, both employees and account holders, including many celebrities and authors, are leaving Twitter in droves. Many others are establishing an online presence elsewhere, either as a fall-back option or because they plan to leave soon. Still more have curtailed their use of Twitter while they wait to see what happens. And major advertisers and advertising firms are also pulling back, unwilling to advertise on a company this volatile and with this much potential for turning off potential customers.

If you’re wondering whether your favorite authors are leaving and where they are going, you may have to check either their Twitter account or their website or blog (or other social media sites) to find out.

Among the alternate sites I have seen authors and readers considering are:

It will be interesting to see how the whole Twitter thing plays out. Will the company survive? If not, what will take its place, and will that be a single platform, or a plurality of platforms with different strengths? If it survives, will it still be a place where readers and authors want to hang out? Only time will tell.

Down the Rabbit Hole 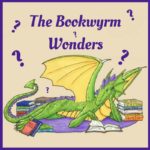