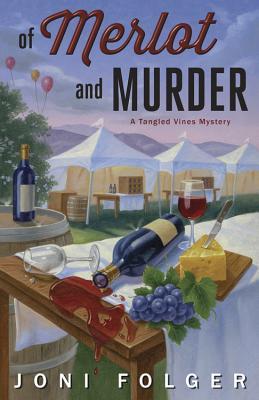 Foul play at the festival

When her family’s winery becomes one of the sponsors at the Lost Pines Food and Wine Festival, Elise Beckett’s spirits soar at the chance to help with their booth. But as the festival gets underway, her cheerful mood turns sour when rival vintner Divia Larson is found dead.

With all clues pointing to her grandmother as the prime suspect, Elise and her deputy sheriff boyfriend team up to clear her name. But Divia’s murder is as complex as a fine wine, with a strong bouquet of suspicion, bitter notes of betrayal, and more than a hint of danger. Will Elise and Jackson be able to untangle the mess before another victim is corked?

Of Merlot and Murder is a pretty well-plotted mystery, and it certainly lives up to Publishers Weekly’s blurb calling it “lively and entertaining.”  The wine-festival and Texas vineyard setting works well for a cozy mystery, giving it a new-but-familiar feeling. I like some of the characters very much, particularly Elise’s feisty but loving grandmother, the family matriarch, and Elise’s boyfriend Jackson (Jax), a deputy sheriff and a good policeman — and a refreshing change from the usual cozy cop, who is often inept or unpleasant (and sometimes both.)

There are plenty of possible suspects in this mystery; the first victim, Divia, was not well-liked. In fact, the more we learn of her, the more surprising it is that she wasn’t bumped off earlier. And it’s rather a shame that Elise’s grandmother’s high school flame was saddled with such an unpleasant wife. But did he do her in? Or was it one of the several other people who had words with Divia the day she was murdered — or someone with an unknown motive? Elise is hell-bent on figuring out whodunnit, because despite the fact that Jax doesn’t for a minute think the killer is her grandmother, unfortunately, that’s who all the circumstantial evidence points to.

So far, so good: Of Merlot and Murder is an entertaining mystery. But…

…But it was really marred for me by Elise’s willful disregard for police procedure, personal safety, and common sense. Over and over Elise ignores the advice and warnings of Jax, her mother, and her siblings, to investigate on her own. She did the same thing in the last book, and nearly got herself killed. This time around she involves her siblings and her best friend C. C. in her shenanigans. Other readers may interpret her actions as spunkiness or family loyalty, but I’m afraid I just can’t accept Elise’s ability to self-justify her actions in the face of multiple warnings, and essentially to ignore or dismiss anything that stands in the way of her desire to investigate on her own. It just isn’t working for me.

This is the second book in the series. I’ve read both, but I won’t be be continuing. It’s disappointing, because I really wanted to like the series. I had hoped Elise would have matured somewhat after the traumatic events in the first book, or at least grown a little more common sense, but apparently not. If Ms. Folger ever writes another series, I will certainly give it a try; she has talent and a way with characterization that I can appreciate. Sadly, I personally find this main character much too irritating to really enjoy the books.

Rating: 2 stars based on my personal taste; 3.5 based on writing skill 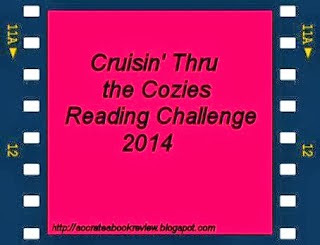 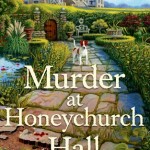 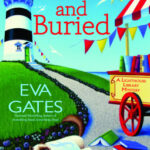 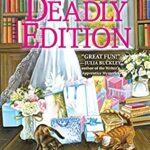 A Chat with Amy Webber, heroine of A
Cruisin’ Thru the Cozies 2015 R 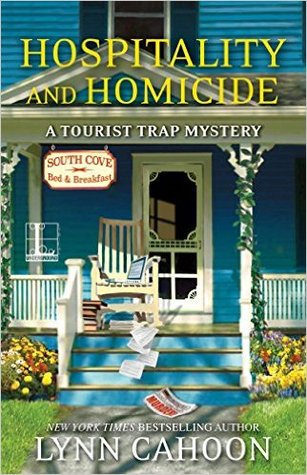 15 Responses to “Of Merlot and Murder, by Joni Folger (review)”