I’ve completely fallen in love with Foyle’s War, a BBC mystery series set on the south coast of England during World War II.  Detective Chief Superintendent Foyle is in charge of the Hastings area police force, ably assisted by his Sergeant, Paul Milner, and Foyle’s driver, Sam(antha) Stewart.  The war is a constant presence, and many of the mysteries revolve around some element of it, whether German internees, Yankee soldiers and airmen, spies, black market goods, or weapons manufacturing or testing.

Everything about this show is pitch-perfect. Anthony Horowitz’s screenplays are terrific: taut, complex, and perfectly paced. (Our daughter remains nonplussed that he also wrote the Alex Rider YA spy novels, which she didn’t care for.)

The casting and acting are fantastic. Michael Kitchen plays the central role with understated brilliance: his Foyle is unassuming, reserved, and utterly committed to justice. Kitchener’s subtle expressions—a tiny quirk of the mouth, a slightly lifted eyebrow—reveal far more about his character’s thoughts and emotions than a broader, larger performance would. The other actors are also wonderful; I particularly love Honeysuckle Weeks (yes, it’s her real name!) as Sam.

The direction, artistic design, and cinematography are equally good. They’ve managed to find not only vehicles and trains but even planes of the right vintage. Clothing, hair, props, and even locations are just right for the period—no awkward cell-phone towers or incongruous police call-boxes.* We 21st-century Americans tend to forget how hard things were for the British during and after World War II: rationing and shortages of almost everything from food to petrol to lightbulbs, constant fear of invasion, bombs dropped not only on London but on many smaller towns including Hastings, civilian casualties. Watching Foyle’s War brings the British war experience into sharp focus.

I could go on and on about why this show is worth watching, but the bottom line is, I watch it because it’s just so incredibly good. (Yes, I’m fangirling a bit. *grin* What gave it away?)

* In fairness, Wikipedia does note several anachronisms in various episodes, but most of them are minor.

“A Veiled Deception” by Anne 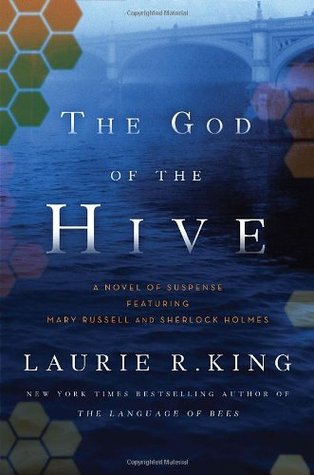 In the Dragon’s Eye: The God o