Seventeen-year-old Althea is the sole support of her entire family, and she must marry well. But there are few wealthy suitors–or suitors of any kind–in their small Yorkshire town of Lesser Hoo. Then, the young and attractive (and very rich) Lord Boring arrives, and Althea sets her plans in motion. There’s only one problem; his friend and business manager Mr. Fredericks keeps getting in the way. And, as it turns out, Fredericks has his own set of plans . . .

If I had to choose one word to describe Keeping the Castle, it could only be “delightful.”  Patricia Kindl’s new YA confection is a charming and often humorous homage to Jane Austen and Regency romance, couched as a young adult novel.  The story reads like a cross between Cinderella and Pride and Prejudice, complete with annoying (though not really wicked) stepsisters and a gentleman with whom the heroine frequently finds herself sparring.  There are flashes of Austen-like wit, but the language, pacing, and writing style are much more accessible to younger teens than any of Austen’s tomes.  Keeping the Castle has also been compared to Dodie Smith’s I Capture the Castle, and certainly the books exhibit some similarities — impoverished family, dilapidated castle, wealthy neighbor, and a pretty daughter hoping to marry into money — but the overall tone of Keeping the Castle stays lighter even when disaster strikes, and it ends on a more definitely positive note.  This is a quick, light read guaranteed to leave you smiling. 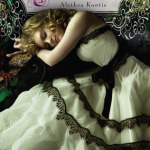