A new study of iPad owners shows that parents prefer paper books for co-reading with or to their children — except on trips.  The survey also goes into parents reasons for not co-reading on the iPad; their perceptions about the value of added animations, audio narration, and other features; and which format parents believe their children prefer for co-reading.  You can read Nate Hoffelder’s summary of the findings here, or read the actual report, with plenty of bar graphs, here.  (The Digital Reader; Joan Ganz Cooney Center)

Four publishers and Apple have offered to settle in the EU ebook price-fixing antitrust investigation.  The settlement is similar to the one recently approved in the U.S.  (Nate Hoffelder, The Digital Reader)

Andrew Rhomberg muses on Kindle and iPad use and how it stacks up against paper books, based on his own observations in and about Great Britain.  (Digital Book World)

“Gartner predicts raft of fake reviews by 2014” (Gigacom).  Frankly, that’s depressing. Well, you won’t see any on this blog.  I do my best to write honest, fair reviews, whether I get the book from the publisher, the author, the library, a friend, or purchase it myself.

55% of consumers buying YA novels are adults, with the largest group being between the ages of 30 and 44.  And no, they’re not just buying them for teens; the vast majority are buying at least some for their own reading.  (Publishers Weekly)  This is hardly news to anyone in the book blogosphere, since there are a fair number of adult book bloggers focusing on YA books (particularly fantasy.) Kelly Gallagher of Bowker Research attributes the trend to the success of the Hunger Games trilogy, which seems odd to me; the first YA books wildly popular among adults as well as teens must surely have been the Harry Potter novels, followed by the Twilight saga (though the latter did much better with female readers than male.)  What really confounds me in all the talk of YA as an exploding market, though, is that no one has pointed out that YA books are (Harry Potter notwithstanding) much more “adult” in content than they used to be.  In fact, it seems to me that a lot of books are being published as YA now which would once have been published as adult fantasy.  Robin McKinley’s  vampire novel Sunshine is a case in point; when it first came out, it was marketed and shelved in the fantasy section.  It’s recently been re-released — as a YA novel.

And just for fun (and education): Jon Gingerich explains “20 Common Grammar Mistakes That (Almost) Everyone Makes.”  Guilty as charged; apparently I’ve been misusing “moot” for years.  (I did know most of the other common errors, though I’m not certain that I always use them correctly in everyday speech.)  If you consistently use all of these correctly, congratulations — you’re a grammar genius! 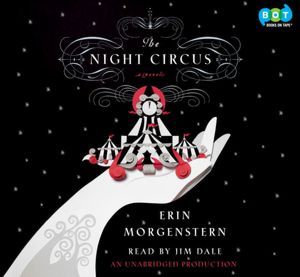