Eric Carle, the popular children’s author and illustrator, was born on June 25, 1929 in New York state. His immigrant parents returned to Germany when he was quite young, and Carle spent the war in Germany.  His father was conscripted early in the war, and Carle himself was conscripted to dig trenches at the age of 15. 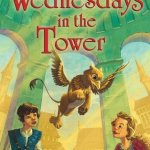 Wednesdays in the Tower, by Jessica Day
The Whizz Pop Chocolate Shop 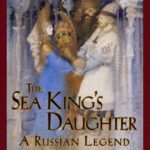 The Sea King’s Daughter: A Russian
Comments are closed.