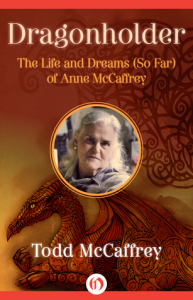 An enthralling biography of one of the most luminous shining stars of fantasy and science fiction, world builder and dragon master Anne McCaffrey, written by her son, collaborator, and most devoted fan.

"While you’ve been to Pern . . . you haven’t heard the stories behind the stories.  I propose to fix that."   When Anne McCaffrey’s Hugo Award–winning novella “Weyr Search” appeared in the late 1960s as part of the novel Dragonflight, the science fiction universe was gloriously transformed as readers first experienced the exhilarating thrill of soaring with dragons. With the many Pern novels that followed, McCaffrey steadily won the hearts and unwavering devotion of millions of fans, eventually earning a permanent position on the New York Times bestseller list. Dragonholder celebrates the birth and growth of McCaffrey’s breathtaking literary vision, as well as the momentous events of a life that was in many ways as extraordinary as the worlds and characters that McCaffrey created.

No one understands or appreciates McCaffrey’s life and work better than her son, Todd, does. In Dragonholder, her frequent coauthor and avid fan intimately examines his mother’s childhood and early adulthood, the amazing gift of second sight she inherited from her own mother and grandmother, the trials she faced juggling a career and a family during the turbulent sixties, and her rise to literary stardom—and he reveals the events and influences that ultimately gave rise to the myriad wonders of Pern and the other miraculous worlds borne of Anne McCaffrey’s unparalleled imagination.

Don’t go into Todd McCaffrey’s Dragonholder expecting a thorough and insightful portrait of Anne McCaffrey. Instead, the book is a self-described “scrapbook” of memories, stories, and background information about Todd’s famous mother. Like most scrapbooks, it’s somewhat superficial and not at all critical; it’s also choppy, jumping back and forth in time in ways that are usually but not always clear.

The book was written back in the late 1980s, with Anne McCaffrey’s full blessing and cooperation, and was re-released in December 2014 by Open Road Media with a new cover and a new foreword by Todd. The writing style of the original text is conversational, and I have to say that Todd’s writing has improved in the years since he wrote Dragonholder; the prose here is a bit pedestrian and lacks polish.

Open Road graciously gave me an ARC of their edition, and it was only on reading it that I realized I had actually read the book before, back in the 1990s or early 2000s. My impression then was similar. The book is worth reading if (like me) you are a die-hard McCaffrey fan, because you do get a sense of her background and where various story ideas came from, but it’s not a deeply engrossing biography. On the other hand, it is a very fast read, so if you can put up with the temporal quirks and lack of depth, you’ll be rewarded with some interesting facts about McCaffrey’s life and work. 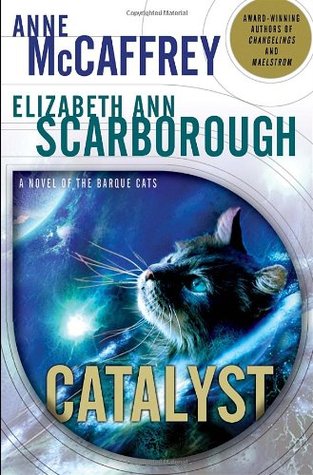 Catalyst, by Anne McCaffrey and 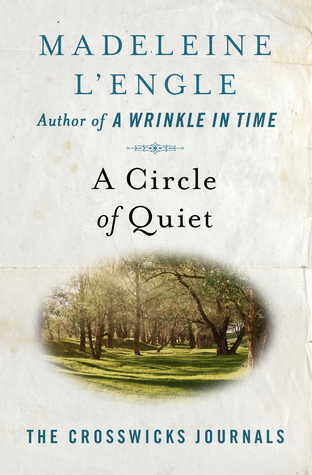 2 Responses to “Dragonholder (a biography of Anne McCaffrey)”