In the last month or two, I’ve been rereading Ngaio Marsh’s superb mystery series featuring Roderick Alleyn of Scotland Yard, most of them for the first time in almost 10 years. I loved them in my high school and college days, and collected the lot, most of them in hardcover for longevity’s sake. I read many of them over and over, but eventually set them aside for other favorites. It has been a treat to renew my acquaintance with Inspector Alleyn and his creator. 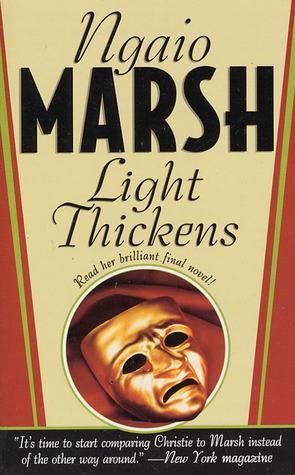 I hadn’t forgotten how good the novels are, but I had forgotten just how well they are crafted. Marsh’s background in theatre gave her a deft touch with physical expression — the often subtle facial and body movements which can convey so much of a character’s reactions and thoughts. (It gave her, as well, the setting and background for many of her mysteries. No fewer than eight of her novels are deal with the theatre world in some way, and in five of those, the murder takes place within a theatre building.) She has an excellent ear for dialog, handling differences of class, personality, accent, and dialect with skill. Her plots are ingenious, the murder methods often unusual or unexpected, and she almost never repeats herself. Marsh’s killers are rarely monsters; her skill in characterization is such that the reader sometimes feels some sympathy or even liking for the murderer.

Unlike some murder mystery writers, Marsh is also fair to her readers. All the clues are there, if we have the wit to see and interpret them correctly, and to sort the important from the unimportant. There are no gimmicks, no “I had a piece of information that none of the rest of you did” moments. If we fail to solve the mystery before the denouement, we have only ourselves to blame.

Inspector Alleyn of the CID, Marsh’s detective, is observant, sensitive, fastidious, and compassionate, as well as brilliant. The son of a baronet, he left the Diplomatic Service for the police after World War I. When we first meet him in A Man Lay Dead, he is an Inspector, and rises steadily through the ranks (and the books) to the level of Superintendent. He is almost always accompanied by his assistant, the phlegmatic and intelligent Fox. Despite their class differences—Alleyn is a gentleman, Fox solidly middle or even working class—the two men share a deep respect and affection for one another. Their relationship is more reminiscent of that between Lord Peter Wimsey and his manservant, Bunter, than of Holmes and Watson or Poirot and Hastings. 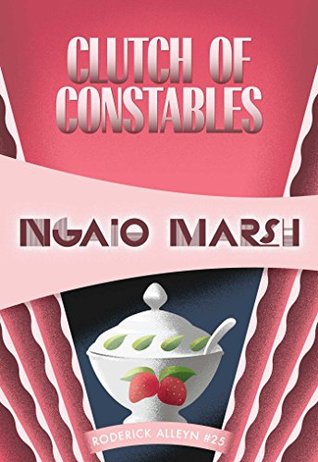 As the books progress, Alleyn meets and marries Agatha Troy, a celebrated painter and engaging character in her own right. Troy is a suspect as well as the object of Alleyn’s unrequited love in her first outing, Artists in Crime. She features as a minor character in most of the subsequent works, and as a major character in several, including Final Curtain, Spinsters in Jeopardy, Clutch of Constables, and Black as He’s Painted. Indeed, Clutch of Constables is far more about Troy than about Alleyn. Their son Ricky makes his appearance in a few of the books, too: notably Spinsters in Jeopardy and Last Ditch.

It is Marsh’s blend of interesting characters (some likable, others not), expertly-crafted plots, and an extraordinary talent for evoking both setting and atmosphere that place her among the best of the British mystery writers. She wrote for nearly 50 years, producing 32 mysteries of an unusually high standard, and yet she is much less well-known than her contemporaries, Dorothy Sayers and Agatha Christie. If you are not familiar with Marsh’s work, I highly recommend giving her books a try. A list of her titles in chronological and publication order may be found on Wikipedia. If you’d rather start with some of her best work, begin with Artists in Crime.

You may also enjoy my review of the BBC’s “The Alleyn Mysteries”.

Halloween Reading That Won’t Give
Comments are closed.