Book description:
Former marine Tom Cavanaugh’s come home to Virgin River, ready to take over his family’s apple orchard and settle down. He knows just what the perfect woman will be like: sweet, decent, maybe a little naive. The marrying kind.
Nothing like Nora Crane. So why can’t he keep his eyes off the striking single mother? Nora may not have a formal education, but she graduated with honors from the school of hard knocks. She’s been through tough times and she’ll do whatever it takes to support her family, including helping with harvest time at the Cavanaugh’s orchard. She’s always kept a single-minded focus on staying afloat…but suddenly her thoughts keep drifting back to rugged, opinionated Tom Cavanaugh.
Both Nora and Tom have their own ideas of what family means. But they’re about to prove each other completely wrong…
Category: Contemporary romance
Series: Virgin River, book 19

As much as I have enjoyed Carr’s Virgin River novels, the series has been a bit uneven, with some titles holding my attention better than others.  Sunrise Point, the 17th (or 19th, if you count the two novellas) book in the series, falls somewhere in the middle: it’s not the worst in the series, but it’s not among the best, either.

Nora is a courageous young woman who faces poverty and adversity with admirable determination and optimism.  It’s easy to like her and to root for her eventual happiness.  Tom, on the other hand, while generally a good and decent man, can be an idiot when it comes to women.  Because he holds some fairly rigid and conservative ideas regarding his ideal wife, he resists his attraction to Nora.  (To be fair, he’s also well aware of the pitfalls of getting involved with an employee, though that doesn’t seem to matter to him later in the book.)  At the same time, he seems oblivious to the manipulative nature of the widow of one of his Marines, who clearly has him in mind for husband number two.  Even after he’s sure that Darla is all wrong for him, Tom is apparently too spineless (or softhearted) to put an end to her visits or her assumptions about their relationship.  I sometimes found myself wondering what Nora sees in him… yet when he’s not being an idiot, he can be kind, thoughtful, and understanding.  (A great body apparently doesn’t hurt, either.)   Carr does write their developing friendship well, which makes up somewhat for Tom’s cluelessness.
My favorite character besides Nora is Tom’s feisty grandmother, who has her own ways of helping Tom to see the truth of who and what he wants.  Her comments about and nicknames for the narcissistic Darla had me chuckling more than once.
One feature of the Virgin River series which regular readers enjoy and newcomers may find baffling or even irritating is the occasional-but-predictable appearance of recurring characters from previous books, as well as the introduction of individuals destined to feature as main characters in some future installment.  Ms. Carr integrates this material less skillfully than usual in Sunrise Point; both new and recurring characters appear in a subplot which barely intersects with the Nora-Tom storyline at all.  Still, it’s always nice to check in with old friends and see what they are up to.
Overall, I’d rate Sunrise Point a reasonably enjoyable light summer read for fans of the series, but not the best place for new readers to start.  If you fall in the latter category, do yourself a favor and start at the beginning with the well-written and entertaining Virgin River.   You can find a list of the series in order below.
The Virgin River series in order:
Virgin River
Shelter Mountain
Whispering Rock
A Virgin River Christmas
Second Chance Pass
Temptation Ridge
Paradise Valley
“Under the Christmas Tree” (novella)
Forbidden Falls
Angel’s Peak
Moonlight Road
“Midnight Confessions” (novella)
Promise Canyon
Wild Man Creek
Harvest Moon
Bring Me Home for Christmas
Hidden Summit
Redwood Bend
Sunrise Point
My Kind of Christmas (November 2012) 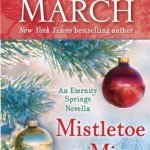 Mini-Review: Mistletoe Mine, by Emily Ma 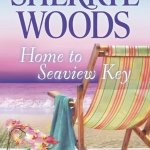 Home to Seaview Key, by Sherryl Woods
In the Dragon’s Eye: What We Find 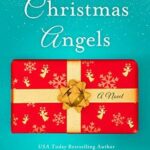