I’m looking forward to the publication of the following forthcoming mysteries. If you think you notice a trend here, you’re probably right.  I like light paranormal mysteries and cozies… though there are a few here which are neither (Harkness’s Shadows of Night and Elkins’ Dying on the Vine, at least.)  This isn’t a comprehensive list by any means.  If you want a really thorough list of what’s due out, pop over to The Bloodstained Bookshelf, which maintains the best list of forthcoming mysteries I’ve found anywhere.

Aunt Dimity and the Village Witch by Nancy Atherton.  When a world-famous artist moves to Finch incognito and starts researching a possible ancestor — Mistress Meg, the Mad Witch of Finch — Lori is intrigued.  (hardcover, Apr. 26). Update: Reviewed May 29, 2012.

Vision Impossible (Psychic Eye Mysteries #9) by Victoria Laurie.  Psychic Abby Cooper has become the FBI’s newest Civilian Profiler.  But when the military’s top-secret aura-reading photography software is stolen, Abby puts herself in harm’s way to stop the thieves from making use of it. (paperback, June 5)

Cast On, Kill Off (Knitting Mysteries #10) by Maggie Sefton.  Kelly’s friend Megan is getting married soon, but Zoe, the seamstress sewing the bridesmaids’ gowns, is found dead from a single gunshot wound.  Was it her abusive husband, whom Zoe had just decided to leave?  Or another seamstress, who discovered that Zoe had used her design for a contest — and won?  It’s up to Kelly and her friends to solve the murder while keeping things on track for Megan’s wedding.  (hardcover, June 5)

In a Witch’s Wardrobe (Witchcraft Mystery #4) by Juliet Blackwell .  (paperback, July 3).  Fourth in a series about a vintage-clothing shop owner who is also a practicing witch.

Cloaked in Malice (Vintage Magic Mystery #5) by Annette Blair.  Newest in the series that began with A Veiled Deception, featuring a vintage-clothing shop owner (sound familiar?) with a psychometric talent for clothing — she gets visions when she touches old fabrics. (paperback, July 3)

Lethal Outlook (Psychic Eye Mysteries #10) by Victoria Laurie .  Abby is asked to find a young mother who has gone missing.  But the woman’s parents don’t believe in psychics, and now they think Abby is connected to the young woman’s husband — the very man they suspect is responsible for her disappearance. (hardcover, July 3)

A Sinister Sense (Raven’s Nest Bookstore Mysteries #2) by Allison Kingsley. The sequel to Mind Over Murder, which I reviewed just a day or two ago.  (No plot summary available.)  Kingsley is a pseudonym of Doreen Roberts Hight, who also writes as  Kate Kingsbury and Rebecca Kent.

No cover image is currently available for the remaining titles; I’ll add them as soon as I’m able to.

Death on Telegraph Hill (Sarah Woolson series) by Shirley Tallman.  Lawyer Sarah Woolson and her brother Sam are on their way home from a talk by the young Oscar Wilde when a bullet strikes Sam in the leg.  Was Sam the intended victim, or did the shot go astray in San Francisco’s fog? (hardcover, Oct. 16)

The Twelve Clues of Christmas (Her Royal Spyness mysteries) by Rhys Bowen.  I can’t find a plot description or cover image yet, but it’s the sequel to Naughty in Nice, and will doubtless have Georgie involved in some sort of royal skulduggery around Christmas time.  (hardcover, Nov. 6)

Dying on the Vine (Gideon Oliver series) by Aaron Elkins.  I’ve been a fan of Aaron Elkins for a number of years.  His Gideon Oliver mysteries are intriguing and clever, and I enjoy the flashes of humor as well as the anthropological and forensic education I get from them.  This is the first new book in the series since 2009’s Skull Duggery. (hardcover, Dec. 4)

Valley of the Shadow (Cornish Mysteries) by Carola Dunn.  When a young Indian man is pulled from the surf half-drowned, muttering about his family being trapped in a cave, police institute a massive search to find them before it’s too late.  Believing that the family are refugees smuggled into England and then abandoned by the smugglers, Eleanor embarks on her own search for the man responsible. I enjoy Dunn’s Daisy Dalrymple series, and have been impressed with this more serious contemporary series. (hardcover, Dec. 11) 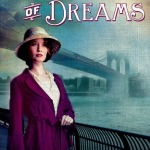 The Edge of Dreams, by Rhys Bowen 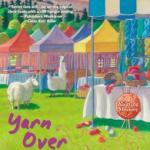 Yarn Over Murder, by Maggie Sefton 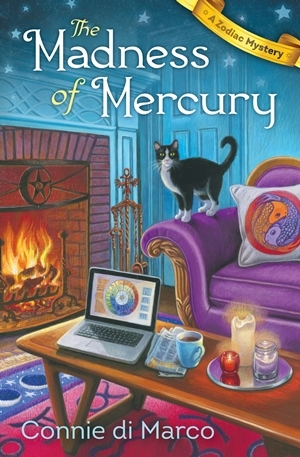 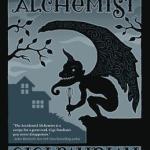 The Accidental Alchemist
Comments are closed.