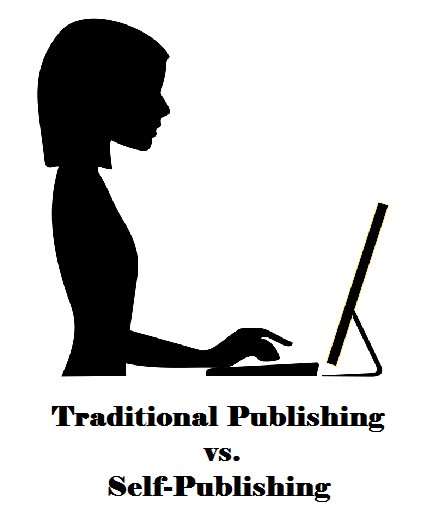 Yesterday, M @ My Closet Catalog posted a comment on the Print Books vs. Ebooks (again) post, asking “Now I’d love to hear your thoughts regarding professionally published vs. self-published.”  By the time I finished answering her, I had a whole post… so here it is.

I’ve written about that several times in years past, but less often as self-publishing has gained more respectability. Basically, I see no reason an author can’t choose to self-publish provided s/he does so professionally. In other words, self-published books should be well-written, well-edited, scrupulously copyedited and proofread, well-formatted for any platforms on which they are sold (Kindle, ePub, iBooks, etc.), and have a good cover design. Authors need to be honest with themselves regarding their skills; most aren’t great at everything, and may need to hire a proofreader, a formatter, and/or a cover designer, and quite possibly an editor. They also need to be prepared to market the book themselves… and behave professionally in regard to reviews and reviewers. (The last part goes for traditionally published authors, too!)

As for whether self-published books as a whole are as “good” as traditionally published books… well, unfortunately, there’s dreck in both arenas, but a lot more of it among self-published books, because there’s no way to enforce professional-level editing, proofreading, etc. on self-published authors. Some of them “get” that they need to do that; others don’t. Writers who are really serious about their craft do get it. I’ve read several self-pubbed books that I wouldn’t (and in two cases, didn’t) guess were self-published, because the writing, editing, and presentation were so polished.

Sadly, I’ve also read some traditionally-published books with typos, mediocre writing, and even copyediting issues — like a novel in which the heroines dispose of the bodies of the bandits they’ve just killed. Twice. They take care of them once, then the book cuts to another character far away for a chapter, and when it cuts back to the first set of characters, they’re disposing of the bodies again, in a slightly different manner. The author should have caught it. The editor should have caught it. And it was the copyeditor’s job to catch it. No one did, and the book went to print like that.

So… I’m in favor of self-publishing as long an author is willing to do what it takes to get it right. Mostly, I’m in favor of authors having the choice, particularly if they’re having a hard time finding a publisher for their work (and the problem isn’t due to the quality of the writing.)

But as a reader, I do approach self-published books with caution. Anything that smacks of amateurism is likely to keep me from buying it, whether it’s terrible cover design or a badly-written blurb or reviewer complaints about typos or grammar problems or formatting errors. Professional-quality presentation doesn’t guarantee a good book, of course, but lack of it could mean the writing is similarly “not ready for prime time.”  And my reading time is too precious to waste.