Top Ten Tuesday is a weekly feature/meme hosted by The Broke and the Bookish.  This week’s topic is Top Ten 2014 Releases I’m Dying to Read.

As you probably know if you read this blog, I read a mix of fantasy & a little SF, mystery, and romance, both adult and YA (and sometimes MG as well.)  So here, in order of release date, are the books I’m most looking forward to in 2014 — at least the ones that have been announced!  Sorry, I just couldn’t keep it down to 10 titles. (Links take you to Goodreads, or Amazon if Goodreads has no information yet.)

There are a number of other authors and books I’m eagerly awaiting, but the books haven’t been announced yet, so I don’t know if they’ll be coming in 2014 or not.  Among them are:

That’s my list!  What are you looking forward to? 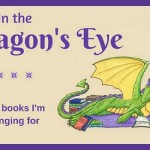