Top Ten Tuesday is a weekly feature/meme hosted by The Broke and the Bookish.  This week’s topic is Top Ten Eight Books I’m Not Sure I Want to Read.

I’m limiting this to books I own, ARCs, and books I know I should read but I’m really hesitant about. (In other words, there’s nothing here I definitely don’t want to read – that’s a whole ‘nother category.) As usual, they’re in no particular order.

I’m going to leave it at eight books for today. I’m sure there are more, if I go digging through my unread shelves downstairs, but these are the ones that stand out at the moment. It’s a lot easier to come up with books I don’t want to read, than the ones I kinda-sorta do want to read but I’m not sure about!

My Top Ten (OK, Twelve) All-Time Favorit
Ten Bookish Things I Want To Quit or Hav 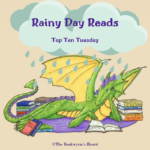 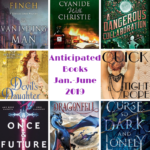 Ten Books I Recently Added to My TBR Lis