Top Ten Tuesday is a weekly feature/meme hosted by The Broke and the Bookish.  This week’s topic is
Top Ten Authors That I’d Put On My Auto-Buy List.  (Basically an auto-buy list is no questions asked..you love this author so much that no matter what they wrote next you’d buy regardless of genre or subject matter.)

This took some thought, because I don’t have that many autobuy authors based on the criteria above.  For instance, I love the Harry Potter series, but I didn’t buy Rowling’s The Casual Vacancy because it doesn’t sound like my kind of book; I plan to borrow it from the library instead.  I have lots of favorite authors who write multiple series; one series is an autobuy for me, while another I don’t care for, or I like it but not enough that I need to own it.  (I’m on a budget, and I don’t have much bookshelf space left, so I generally only buy new books if I’m certain I want to keep them.*  If I will read it once and that’s enough, the library is a better choice.)

So here are the authors I’ll buy without hesitation (in no particular order): 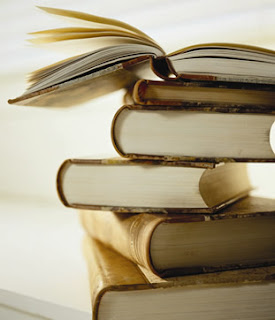 And here are some of the authors whom I love and I buy in one genre or series, but not necessarily in others:

(OK, that was twelve all together, but the last five don’t really meet the “buy anything” criterion, so I’m not sure they count.)

And finally, here are ten authors I’ve recently discovered, who are now on my “autobuy if I can squeeze them into the budget” list!  (I might have to wait for the paperback, but I will buy them eventually!)

* The only exception is books from the library’s used book sale, which are so inexpensive that I have no qualms about buying a bunch, reading them, and donating them back for the next sale if they don’t grab me enough to give them a place on my shelves. 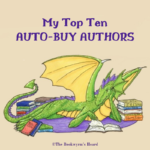