Top Ten Tuesday is a weekly feature/meme hosted by The Broke and the Bookish.  This week’s topic is Top Ten Books I Recommend the Most.

The list of books I recommend most is constantly changing, as I’m sure most people’s do, though there are some classics that stay on the list.  There’s also the thorny question: recommend to whom?  What I recommend is always colored by whom I recommend it to.  For instance, I wouldn’t suggest a steamy romance for a thirteen-year-old, though I might suggest a MG or YA book to an adult. With that in mind, here are my picks.  If the title is a link, you can click it to read my review.

The Lord of the Rings, by J. R. R. Tolkien.  The grandaddy of all fantasy (not the first, but surely one of the most influential.)  If you love epic fantasy, you should read Tolkien.

The Lion, The Witch, and the Wardrobe, by C. S. Lewis.  I love some of the later books, too, but the first book in the Chronicles of Narnia is the best.  Recommended for family read-alouds and for MG readers.

The Protector of the Small series, by Tamora Pierce.  A fantastic YA series for girls or boys.  To my mind, it’s some of her best work, and the heroine is awesome.  (The first two books could also be considered MG; the third and fourth need a little more maturity.)

The All Souls trilogy, by Deborah Harkness.  Calling this “Twilight for adults” is too easy.  Harkness’s paranormal fantasy series about a witch and a vampire — of which only the first two, A Discovery of Witches and Shadow of Night have yet been published — is rich in atmosphere, detail, and meticulous research on everything from alchemy to DNA to old wine.  The second book takes place almost entirely in the Elizabethan era (via time travel), and is as well-researched and well-written as the best historical novels.

The Blue Sword, by Robin McKinley. There are other McKinley books I love (Beauty and Spindle’s End jump to mind), but there’s just something about The Blue Sword that makes me recommend it to anyone who likes fantasy and even some people who don’t.  To quote from my Top Ten Beach Reads review: “One part fantasy, one part Lawrence of Arabia, and set in an analog of Northern India/Pakistan/Afghanistan, this book is pure magic.”

The Kingkiller Chronicle, by Patrick Rothfuss. Mindblowingly detailed worldbuilding, incredible intricacy (there are clues and hints you may not pick up until the second, third, or fourth reading), fantastic storytelling, and writing that veers between poignantly beautiful and earthily irreverent.  Not to mention a main character who will alternately charm your socks off and infuriate you.  People either appear to love or hate this series, of which only the first two books, The Name of the Wind and The Wise Man’s Fear, have been published thus far.  Count me among the former.

The Harry Potter series, by J. K. Rowling.  Granted, there aren’t too many people I need to recommend these to, since anyone who hasn’t heard of them must be living in remotest Siberia.  But when I do come across someone who hasn’t read them, I recommend the HP books wholeheartedly.

The Mary Russell & Sherlock Holmes mysteries by Laurie R. King.  King has managed not only to recast Holmes in a way that is both consistent with and simultaneously deviates from the original stories, she has given him a partner who is his intellectual equal.  I love the entire series (well, there are one or two I merely like), but the first novel, The Beekeeper’s Apprentice, is phenomenally good.

Aunt Dimity’s Death, by Nancy Atherton.  Only because this is one of my “comfort” books — the sort you turn to when you need the mental equivalent of a nice cup of tea.  It’s a mystery without a murder, a ghost story without chills, and a romance between ordinary people, and it’s utterly charming.  (I love this book so much that my daughter knitted me a Reginald — the pink stuffed rabbit on the cover — for Christmas.  He sits on my desk.)  [I reviewed this book briefly in my Top Ten Beach Reads and the series as a whole in my review of Aunt Dimity and the Village Witch.]

The Daughter of Time, by Josephine Tey.  Another atypical mystery, in which a bedridden detective, intrigued by a portrait of Richard III, tries with the help of a young researcher to examine the contemporary evidence and determine whether the infamous king was in fact guilty of murdering his young nephews (aka the Princes in the Tower.)  Eye-opening for anyone who has never questioned the veracity of history as commonly taught. 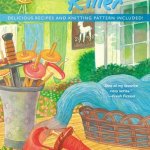 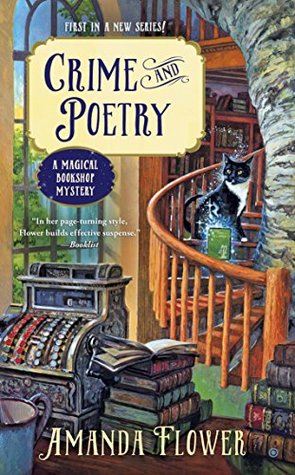 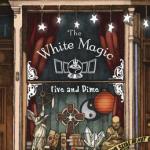 16 Responses to “Top Ten Tuesday: The Books I Recommend the Most”