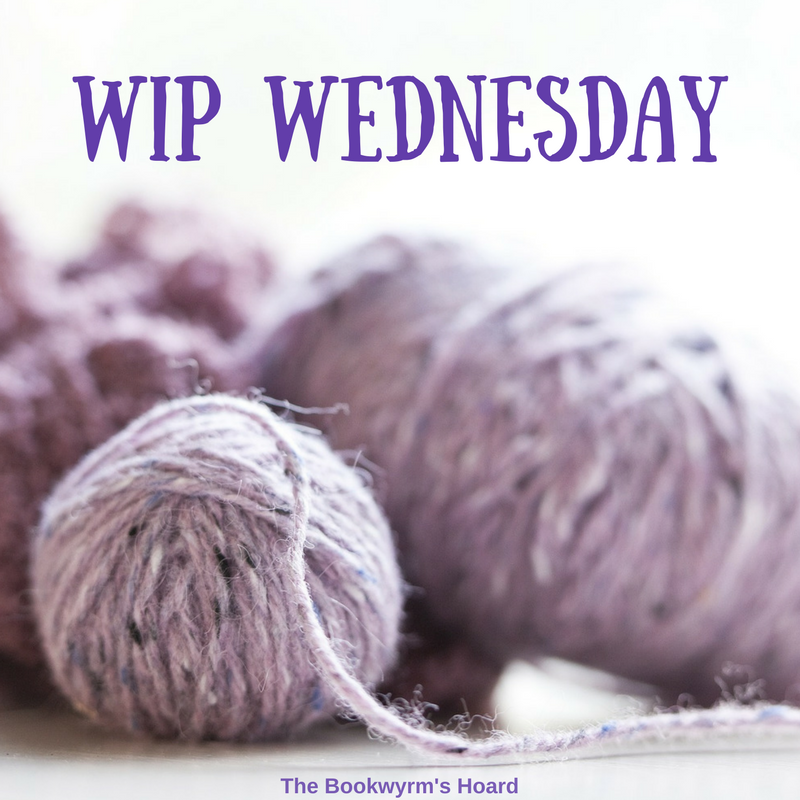 WIP Wednesday (for “Work In Progress”) is a meme where we share our current fibery projects. It was started by Nicole @ Book-Wyrm-Knits, who also reviews books at book-wyrm-reads. 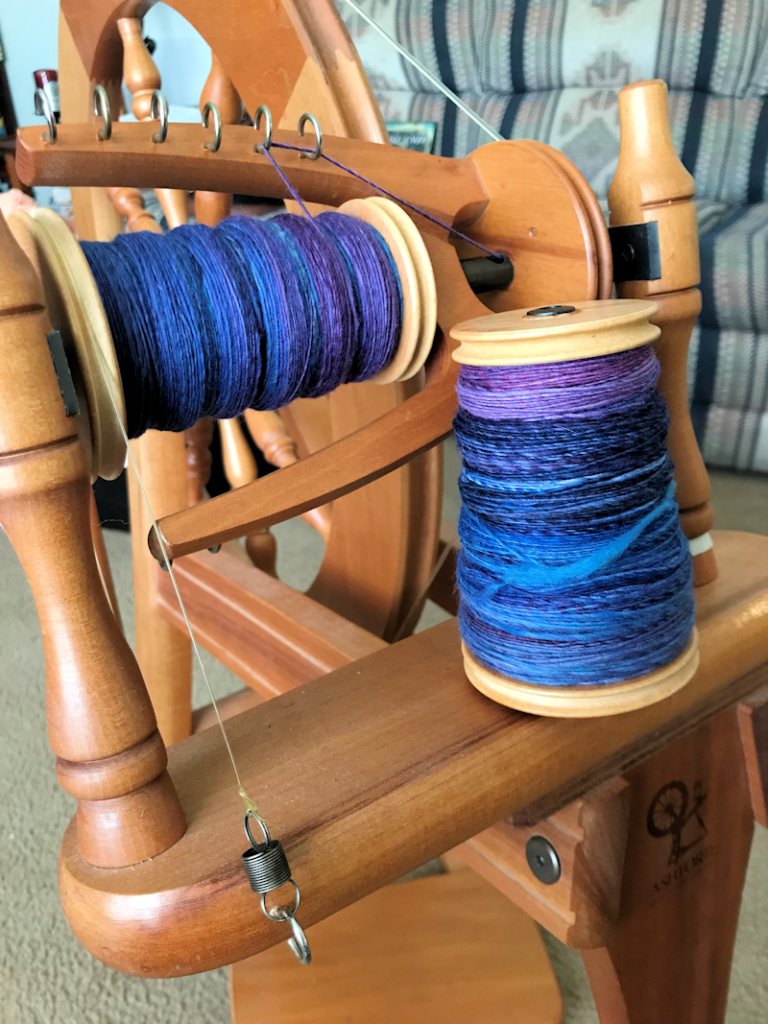 Full and partially completed bobbins of Malabrigo Nube in the “Whales Road” colorway, handspun by Lark.

I haven’t had a lot of free time for handcrafts over the last month, but I’ve squeezed out enough time here and there to spin about 3/4 of a bobbin of the Malabrigo Nube. Once I finish it, I’ll ply it with the full bobbin I finished in late November. The colorway is “Whales’ Road,” a lovely mix of blues, purples, and teal.

When I first discovered the yarn community, other knitters warned me that your involvement tends to expand into other areas, like dyeing or spinning. They weren’t kidding. After knitting for years, I felt increasingly pulled toward spinning. As some of you will remember, Robin learned to spin in the final year of college, and then taught me. And within a year, I had bought my own wheel. Spinners warned me that wheels tend to breed, and I didn’t believe them… but I’m now eyeing other wheels that could combine portability with the ability to spin art yarn. (But I’m not giving up Olwen, my Ashford Traditional — she’s my first wheel, and I love the traditional look and feel of her.) And (gulp) I’m also starting to look longingly and seriously at carding combs, blending boards, and eventually a drum carder, so I can do my own fiber prep and make my own batts and rolags. When I told my husband, he just nodded, laughed, and said that he draws the line at sheep. “No sheep,” I agreed, then added jokingly, “Maybe an Angora rabbit or two.”

Truthfully, though, I don’t see myself going the livestock route. For one thing, we can’t have livestock where we live. On the other hand, I suppose you never know how things may change. 8 years ago I said, as I watched the spinners at a local fiber festival, that I couldn’t possibly take up spinning because I didn’t have enough time for knitting as it was. And while that was true, apparently it didn’t matter. If you love fiber, eventually you want to be more and more involved in creating with it. But sheep? Alpacas? I really don’t think a shepherd’s life is for me.

I finished knitting the second of my secret projects. Now I’ve got a gazillion ends to weave in on both pieces, plus a little stitching up and some fringe to make.  I’ve also made a little progress on sock #2, but not enough to warrant a photo. I’ll take pictures when I can actually show you something!

I would really like to build more time for knitting and spinning into my day, but the problem is how. One thing I’m considering is cutting back on social media, other than the blog. Instagram and Facebook are fun, but they are also time-consuming. However, Facebook is the only way I am in contact with most of my college and a few high school friends, so I’m reluctant to give it up entirely. 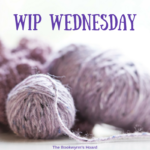