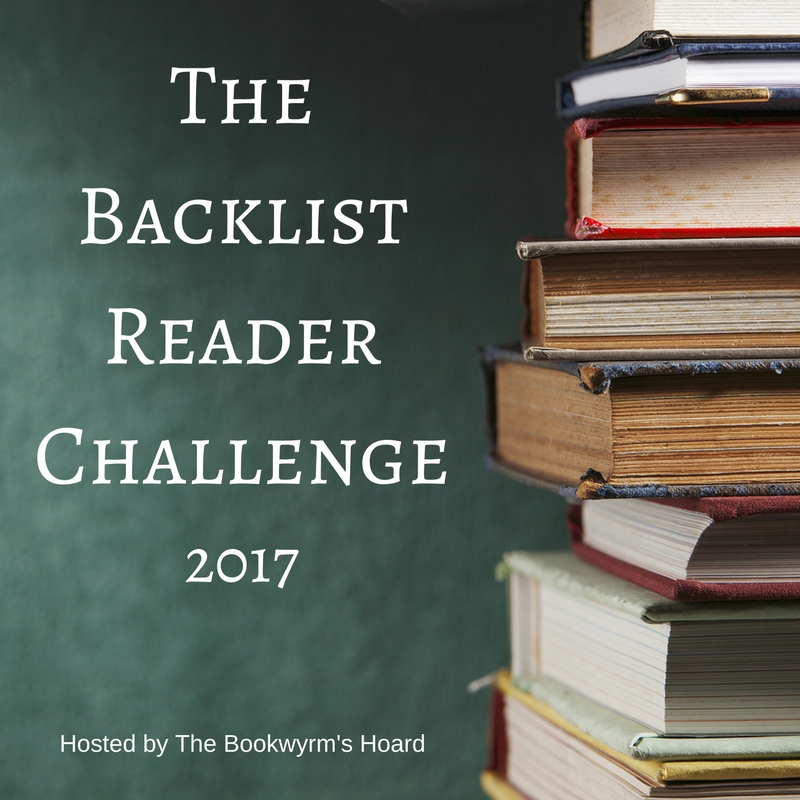 The Backlist Reader Challenge (#BacklistReader) is a year-long challenge hosted by The Bookwyrm’s Hoard. It’s for all those older books that have been piling up on your TBR pile and list — not just the ones you own, but the ones you’ve been wanting to read for a while.

I’m setting my goal at 24 books for the year, or 2 per month. I plan to make this my primary reading challenge for the year (other than the Goodreads Challenge.) I am not going to set a specific list of books; I tried that in 2016 and failed pretty spectacularly. But since I have over 1600 books on my Goodreads “To read” and “Someday” lists combined, I don’t think I’ll run out of choices.

Some of the authors I’d like to finish, catch up on, or start reading:

If you’ve got your own backlog of books you want to read, why not join the challenge?

10 Responses to “My Goals for The Backlist Reader Challenge 2017”