Cover fail: This is just so wrong, I’m still shaking my head in disbelief. So, apparently, are a lot of other folks.  I guess that whoever self-published these three public-domain novels hasn’t actually read them. 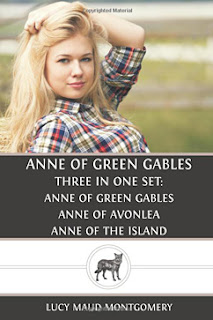 On a happier note, Joe Konrath posted an excellent article on “How to sell ebooks” on his blog, A Newbie’s Guide to Publishing.  Konrath, who is a well-known thriller writer and a champion of self-publishing, can be pretty abrasive when he rails at traditional publishers, but this post offers straightforward, common-sense advice for writers on marketing and selling your ebooks.

Reselling your unwanted ebooks may someday become a reality.  On January 29th, Amazon received a patent for a digital resale marketplace, sort of like Amazon Marketplace but for digital media like ebooks and mp3s.  Of course, that doesn’t mean they’re ready to set up such a service, and the legality is questionable.  Book and music publishers are certain to object vigorously in the courts.  In fact, they already have: In a case that is still pending, Capital Records sued a company called ReDigi for creating a secondary marketplace for digital music.”* At issue is whether the “first sale” doctrine, which permits the original purchaser to resell something like a car, book or CD, applies to electronic media. Click on the following links to read more:

A few more articles about ebooks:

And finally, here’s an inventive way for a library to broaden its relevance and appeal: become a seed bank!  NPR’s Luke Runyon reports on the Basalt, Colorado, public library’s seed-lending program.  My first reaction when I saw their headline was “what the…?!”, but after reading the article, I think it’s actually a pretty good idea for both library and community.