Well, once again (for reasons having to do with a much-too-long to-do list), I’m collecting two weeks of articles in one week.

This week, Kobo and the ABA announced a new partnership to give independent bookstores a shot at the ebook market.  ABA members will be able to sell Kobo ereaders in their stores and offer Kobo ebooks online; they will get a percentage of the ebook sales. (Kobo sells ebooks in the ePub format, which can be read on a variety of devices from Android, iPad, and iPhone to ePub ereaders such as the Sony Reader.)   Kobo has some experience in this arena; the company has partnered with Target, WHSmith, and other large physical retailers around the world.  The Kobo-ABA partnership comes at a good time for independents, since Google is discontinuing its own independent bookstore program.  (PRNewswire)

“Ohio, Texas, Maryland Read $69 Million Ebooks Deal” with three publishers: Hatchette Group, HarperCollins, and Simon and Schuster.  The states had sued over alleged price-fixing on ebooks, a suit separate from but related to the ongoing DOJ lawsuit accusing Apple and most of the major publishing groups of collusion to fix prices.  (Don Jeffrey, Bloomberg Businessweek)

Amazon New York, Amazon’s literary publishing subsidiary, has signed an agreement with book distributor Ingram to sell ebooks to other ebook retailers.  It remains to be seen whether any of Amazon’s main competitors (B&N, Kobo, Apple, Sony) will actually carry the books.  (“Exclusive: Amazon NY signs deal to sell its ebooks through other retailers”. Laura Hazard Owns, PaidContent)

Jeff Bercovici of Forbes reports “Women On The Rise Among The World’s Top-Earning Authors”, with Suzanne Collins (The Hunger Games trilogy), E. L. James (the Fifty Shades of Grey trilogy), and J. K. Rowling (need I elaborate?) heading the list.  At the bottom of the article, Forbes also provides a link to their list of “The World’s Top-Earning Authors.”

Here’s a really good infographic on public libraries, showing how they are doing. (Hint: budgets are down, demand is up, particularly for technology access.)  (“U.S. Public Libraries Weather the Storm”.  LibraryLab, on Boingboing.net)

HipType have put together an infographic on “The DNA of a Successful Book,” which can be found on Mashable.com.  Take their data and conclusions with a healthy grain of salt.  HipType only looked at ebooks, not print books, and the data was gathered from e-readers (the devices, not the people.)  That means it doesn’t reflect people like me, who read on devices that don’t talk to the retailer.*  They also ignored mystery and thriller as a genre, which struck me as very odd.  I would have said that mystery and thriller (particularly thrillers) would have sold better among men than SF.  It’s not clear if they lumped fantasy into the SF genre or ignored it altogether.  HipType also appear to have ignored YA, which is selling quite well even among adult readers following the success of the Harry Potter and Twilight books.


Joshua Fruhlinger of the Wall Street Journal muses on “breaking up” with his e-reader in “E-Books, a Breakup.”  It’s ironic that the thing that sent him over the edge was actually his fault, not that of his Kindle: it ran out of power on a flight because he had neglected to charge it.  When he claims “a paperback will always be there for you,” I couldn’t help thinking, “…until you finish it, and have nothing else with you to read.”**

Kristine Kathryn Rusch writes about the rise of indie authors in “The Business Rusch: The End of the Unprofessional Writer.”  She doesn’t pull any punches, and her argument is quite persuasive.

Rich Adin of the blog An American Editor shares his thoughts on “Why Aren’t Publishers Pushing eBooks?”


* Currently, I read ebooks on a Sony PRS-505.  I use Adobe Digital Editions to download books from Kobo, BooksOnBoard or other ebook retailers, and the Sony Reader Library software to download books from the Sony bookstore.  Then I use Calibre to upload the books onto my e-reader.  I don’t do this to keep Big Brother from knowing what I read, but that is a potentially useful side benefit.

**But then, I can get through the average cozy mystery or YA fantasy in less time than it takes to fly nonstop from DC to Albuquerque.  I won’t be giving up my e-reader any time soon! 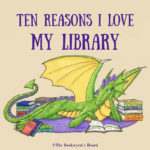