Tom Clancy, mega-bestselling author of the Jack Ryan military/CIA thriller series and other military novels, died Tuesday, Oct. 1 at the age of 66.  I was in college and working for Waldenbooks the year his first novel, The Hunt for Red October, rocketed out of obscurity and onto the best-seller lists — to the evident surprise of the Naval Institute Press, which had to rush to print additional copies.  Once the reprint was available, we received enough cartons to build an impressive floor stack of the books near the front door.  We sold out within a week.
Clancy’s attention to accuracy and detail was legendary, and it earned him the respect of the military community.  His books, including 17 bestsellers, thrilled millions of readers around the globe.  Rest in peace, Mr. Clancy. (Obituaries: New York Times; New York Daily News; Publishers Weekly) 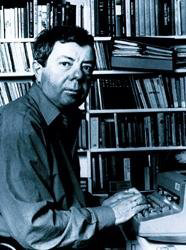 British mystery writer Robert Barnard died on Sept. 19, but his death was apparently not announced until this week.  Barnard’s mysteries demonstrate ” a comic wit admired as sharp and quietly malicious” (The Telegraph); his characters are usually unpleasant and his mysteries, which fall loosely in the “cozy” subgenre, are deftly plotted, wickedly funny social commentary.
Barnard spend much of his working life abroad, first in Australia where he met his wife, then in Norway.  He returned to England in 1983.   His works were nominated for the Edgar award numerous times, including one nomination for his nonfiction analysis of Agatha Christie. In 2003, the Crime Writer’s Association awarded him the Cartier Diamond Dagger award.  His last novel, A Charitable Body, was published last year.  Robert Barnard was 76.  (Obituaries: The New York Times; The Telegraph)

Worth Reading (or viewing):

News & Notes – Coronavirus Lo
Treasures from the Hoard: The Lightning 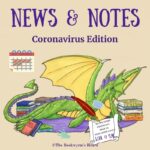