Top Ten Tuesday is a weekly feature/meme hosted by The Broke and the Bookish.  This week’s topic is
Top Ten Books On My Spring 2013 TBR list!

Here they are, in no particular order.  Some of these are new, and some haven’t been released yet. One is several years old (The High King’s Tomb), but I’ve been slowly working my way through the series and I want to keep going.  The list is really arbitrary; there are a lot of good books that could have gone on it had there been more room, and the list has been affected to some degree by availability — I already have some of these in the house, either from the library, as ARCs, or because I’ve bought them.

As usual, it’s a mix of genres, from fantasy to mystery to romance, and age ranges from MG to adult, which reflects my reading interests pretty accurately.  There’s not as much mystery as usual; I seem to be on a fantasy kick this month.  And there’s no nonfiction, because while there are several books I want to read, they don’t rank as highly as these do. 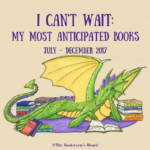 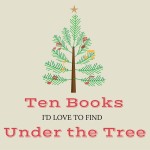