I did pretty well on the #TrekAThon! I managed to “beam up” all but one of the crew members. (Sorry, Yeoman Rand… but since your uniform is red, you were in jeopardy from the start.) I did have to count one book, Project Hail Mary, more than once for my “official” books (i.e., the one that fulfilled the prompt first or best.) I also counted some other books more than once, as additional books for other prompts, but only Project Hail Mary officially filled more than one prompt.

Yeoman Rand — Read a book with a red cover: ~ FAIL.

Nurse Chapel (Head Nurse) — Read a book with a face on the cover: ~ Guild Boss (Jayne Castle) has two people on the cover, and thus, two faces. NOTE: I initially thought of this as a cover that was mostly a face, but decided a more generous interpretation would allow for any cover with a person’s face on it.

Thank you to Louise at Foxes and Fairy Tales for this entertaining challenge! If I participate again next year, I may try harder to read SF and fantasy books for all the prompts. It wasn’t necessary, but it would have been fun. That said, Project Hail Mary is SF, Beauty is fantasy, The Forbidden and The Unknown both contain ghosts, and Guild Boss is set on another planet has both SF and fantasy/paranormal elements… so five of my books fell somewhere in the SFF spectrum. 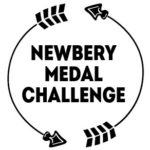