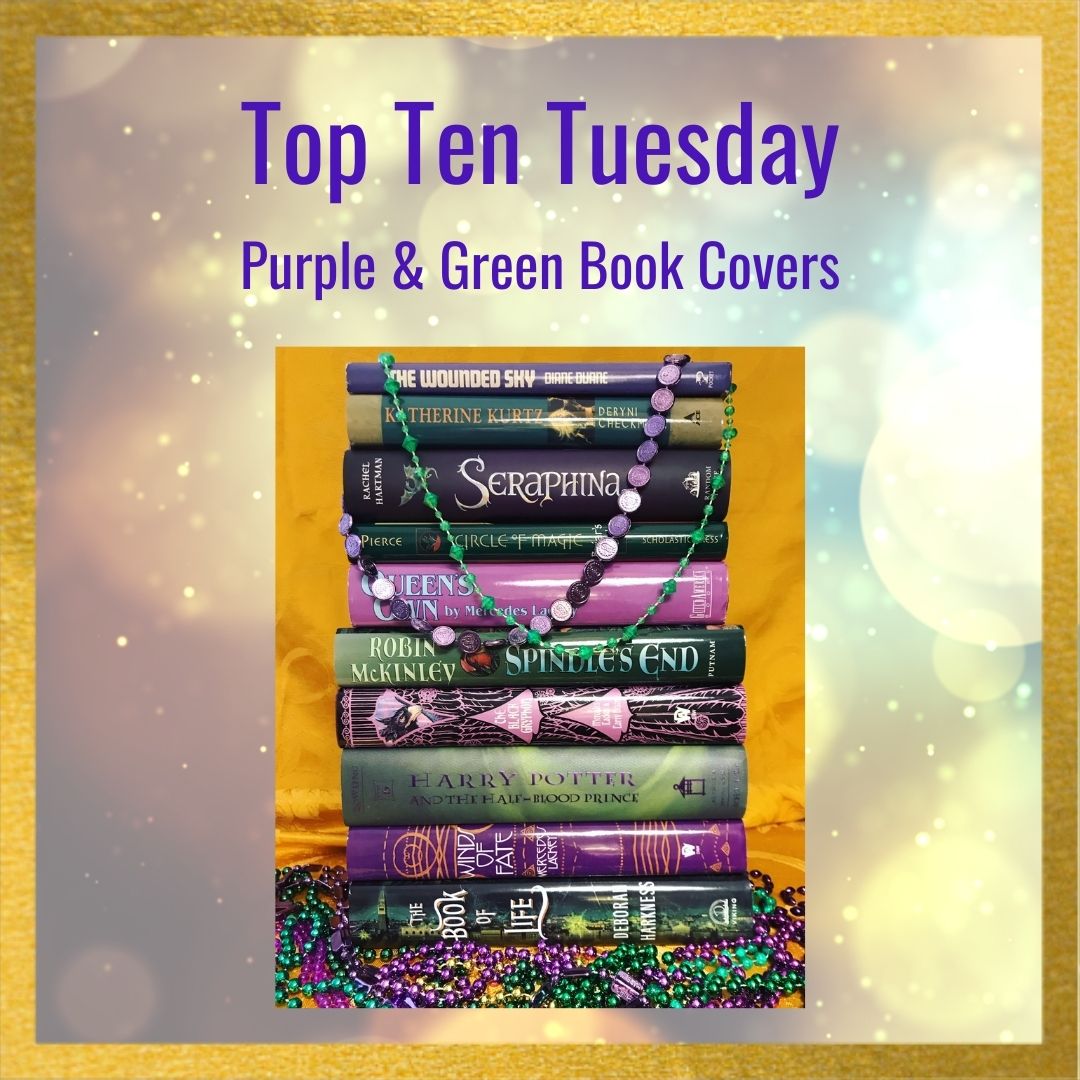 Top Ten Tuesday is a weekly feature/meme now hosted by That Artsy Reader Girl. The meme was originally the brainchild of The Broke and the Bookish. This week’s topic is Purple, Yellow, and/or Green Book Covers (in honor of Mardi Gras, which is today!)

Mardi Gras, as celebrated in New Orleans, is a fantastical festival, with its spectacular floats and over-the-top costumes. Since today’s Top Ten Tuesday topic is book covers in the traditional Mardi Gras colors of purple, yellow (gold), and green, I decided to feature my favorite fantasy novels with those colors in a spine stack. Unfortunately, I don’t have any fantasy novels with yellow covers, and the only really gold one is far from a favorite, so you’ll have to make do with green and purple. (And I’ll be honest: in one or two cases, it’s only the spine that fits the color scheme; the front cover is more colorful.)

(Title links take you to my review, if one exists. Given that these are, for the most part, favorites of mine, I clearly need to review more of them.) 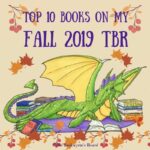 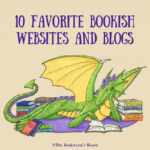 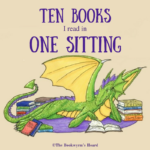 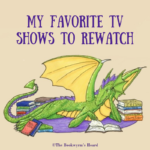 My Favorite TV Shows To Rewatch