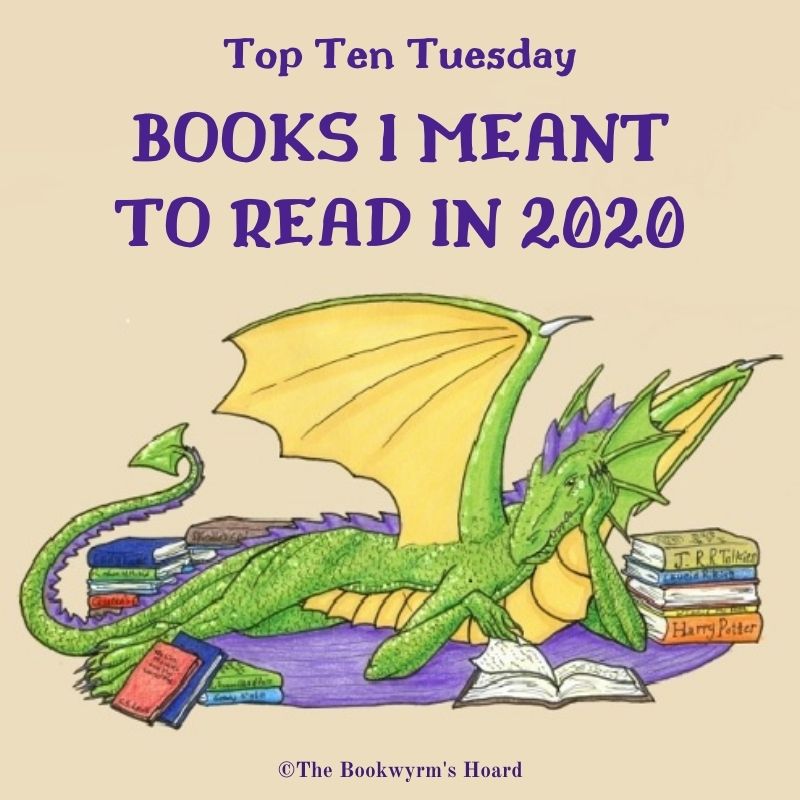 Top Ten Tuesday is a weekly feature/meme now hosted by That Artsy Reader Girl. The meme was originally the brainchild of The Broke and the Bookish. This week’s topic is Books I Meant to Read In 2020 but Didn’t Get To.

Most of these are books I own, but just haven’t gotten around to reading, even though I want to. I had planned to read all of them in 2020, but ended up having a hard time reading or focusing on anything new. When I did read new releases, most of them were ARCs, so I really had to read them. I hope I can do better this year, because all of them are books I am still excited about.