Top Ten Tuesday is a weekly feature/meme hosted by The Broke and the Bookish.  This week’s topic is Top Ten Authors I’ve Only Read One Book From & Need To Read More!

This was harder than you would think, because usually when I find an author I like, I devour everything they’ve written, at least in the series that I liked. So about half of these authors don’t have a second book out yet. That’s okay; I can be patient. Sort of.

As usual  these are not really in any kind of order, though the first five are the first ones I came up with, and the ones I feel most strongly about.

I wanted to put Bee Ridgway (The River of No Return) on the list, but then I realized I had read her novella The Time Tutor. In my mind, she’s in the top five. 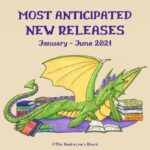 My Most Anticipated Releases: January&nd 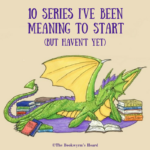 9 Responses to “Top Ten Authors I’ve Only Read One Book From — and Need To Read More!”