Browsing the Bloodstained Bookshelf’s list of upcoming mysteries, I was excited to see that a date has finally been set for the sequel to Deborah Harkness‘s riveting (and best-selling) A Discovery of Witches. Harkness’s first novel was a potent brew of academe and the paranormal, true history and fantasy.  Her witches, vampires, and daemons pay tribute to conventional and historical conceptions, but Harkness renders each of them with twists and nuances that make them simultaneously more fascinating, more believable, and more potentially terrifying than the paranormal beings you find in, for instance, the Twilight series.  [Spoiler alert]  If you’ve read  A Discovery of Witches, you know that it ends with Diana and Matthew timeshifting into the past: Elizabethan England, to be precise.  Given my love for British history, I’ve been eagerly waiting to see what Harkness (a historian of science as well as a fine writer) will do with one of my favorite parts of it.  This summer, we’ll all have a chance to find out.  Shadow of Night will be published on July 10, 2012. 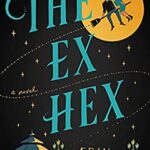 The Ex Hex, by Erin Sterling 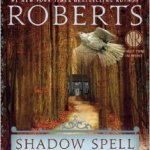 The Ten Authors I Most Want to Meet
Comments are closed.