Top Ten Tuesday is a weekly feature/meme hosted by The Broke and the Bookish.  This week’s topic is Top Ten 2014 Books On My Winter TBR.

Some of these are the same as on last week’s list of 2014 releases I can’t wait to read.  Others are books that came out this year or even earlier, that I really want to read but haven’t gotten around to yet.  (Links take you to Goodreads.)

That’s my list!  What are you excited to read this winter?

Top Ten Most Recent Additions to My TBR
Top Ten Books That Were Hard For Me To R
Top Ten Tuesday: Favorite Book Covers Of 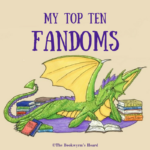 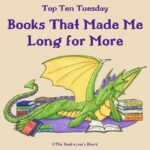 Books That Made Me Long For More